Skip to content
What I Did
Reading
Recommended
Research

The Hunzas of Northern Pakistan are known for their longevity, some living 135+ years; they have no known cancers and eat massive amounts of apricot kernels.

This was the first and probably most controversial treatment I investigated and pursued for Ruby. Years earlier I had observed positive results (anecdotal of course) with a close family member who, along with other natural therapies, had consumed large quantities of apricot kernels for her terminal cancer diagnosis in the absence of conventional treatments which she was advised ‘had nothing to offer her condition’ and she should go home and ‘get her affairs in order’ with likely only two months to live.

After Ruby’s diagnosis I had also spoken to a woman who lived on the Gold Coast of Australia who had successfully used Amygdallin infusions for her dog’s bone cancer and had posted her success on the internet in the hope of helping others.

Amygdalin is a natural substance found in many raw nuts, such as almonds, and the seeds of many fruits, especially apricots and apples. The controversy comes from the active ingredient being a form of natural cyanide which of course many deem to be toxic and it is therefore subsequently illegal in most jurisdictions (except Mexico).

Proponents of Amygdalin consider it to be toxic only to cancer cells, especially when combined with metabolic therapy, and not toxic to the cancer patient. The research however is contradictory and inconclusive. It would certainly be a blow for the pharmaceutical industry though if Amygallin was found to be a valid anti-cancer agent as, like all natural substances, it is not patentable as a medicine and would not have the same value as the chemo medicine sector.

I am not a scientist or a conspiracy theorist, but I do recognise the logic of this inherent conflict of interest and therefore keep my mind open to natural therapies having significant potential health benefits. While I always seek published research as the primary information source, I consider anecdotal evidence or grey literature to also have value in contributing to a decision around innovative care in extreme situations.

The hypothesis of the way Amygdalin works to fight cancer made sense to me and I sought various endorsements of its efficacy before proceeding. I therefore undertook treatments for Ruby in the form of both ground up apricot kernels and later, after obtaining and emergency import permit from the government, daily infusions for a short period. These infusions were undertaken by our oncology veterinary team and we have regular blood tests to monitor her condition. Vitamin C was given during the same infusion period.

After ten days of daily infusions the oncology team advised me that her liver was showing signs of stress and they wanted to halt the infusions, even though I had enough Amydallin to under a protocol of 21 days. While frustrated, I had to respect that decision.

During the time of the daily infusions, the tumour did not noticeably grow and in fact logic supports that it being ‘dissolved’ as the lady from the Gold Coast had experienced with her dog could have actually contributed to the leg breaking at the tumour due to its significant weakening.

Nonetheless we ceased the infusions. I did later once again incorporate a protocol of ground apricot kernels periodically into her meals. When doing this I also gave her digestive enzymes outside of meal times as this was considered to enhance the efficacy of the Amygdallin.

PLEASE NOTE: Using Amygdalin in Australia is illegal and you can no longer purchase apricot kernels for internal consumption (only external use such as for beauty products).

P.S. My close family member who used apricot kernels and other natural therapies is not only still alive, but thriving, some 13 years later. We can’t say it was the apricot kernels, but they certainly didn’t seem to hurt.

I offer this information to assist you to gather your thoughts and approach as quickly as you can. It is not medical advice but I've learned a lot and want to be the person that I wish I could have called.
Good luck and don't give up. Love, Donna x

Our Products with Moringa

Advanced research on anti-tumor effects of amygdalin – Journal of Cancer Research and Therapeutics. This 2014 paper from Tianjin Medical University reviews advanced research on Amygdalin and cancer treatment in recent years. It notes that oral doses have been shown to be far more toxic than intravenous doses (due to its seeming amplification effects in the intestinal microbial area of oral dose). They recognise the sometimes inconclusive or negative results in some studies but conclude “a large number of studies have shown that amygdalin plays a supporting role in the treatment of cancer, diabetes, atherosclerosis, immune suppression, leprosy and other diseases.”

A Pharmacologic and Toxicological Study of Amygdalin – Journal of American Medical Association. This very small study looked at the toxicity of Amygdalin and found that the intravenous doses had almost no toxic effect, however the oral doses had some toxic effect in blood.

Vitamin B17 vs Laetrile – Cancer Tutor. Though not a medical journal this paper provides a great overview of the theory, history and controversy of Amygdalin/Laetrile.

Effects of the Gut microbiota on Amygdalin and its use as an anti-cancer therapy: Substantial review on the key components involved in altering dose efficacy and toxicity – Biochemistry and Biophysics Reports, 2018. A very interesting review of the research that looks more closely at potential dosage methods, amounts and protocols, as well as known cases of toxicity and anti-cancer success.

Sea Vegetables and Their Health Benefits for Dogs
September 16, 2018
Cart 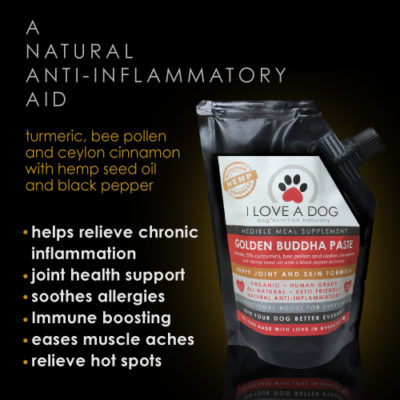 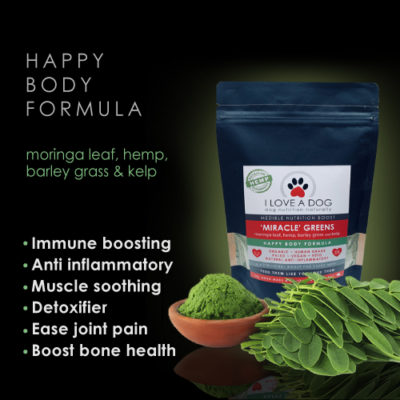 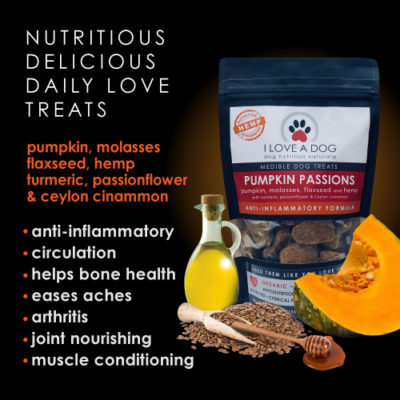 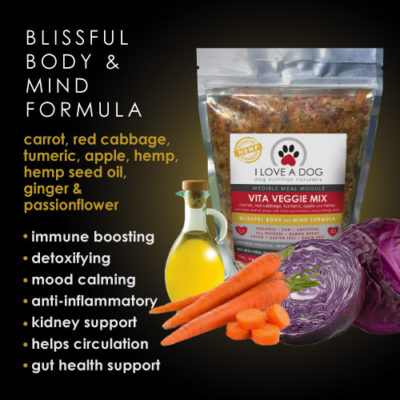 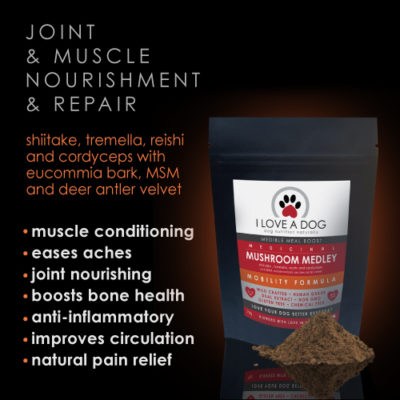