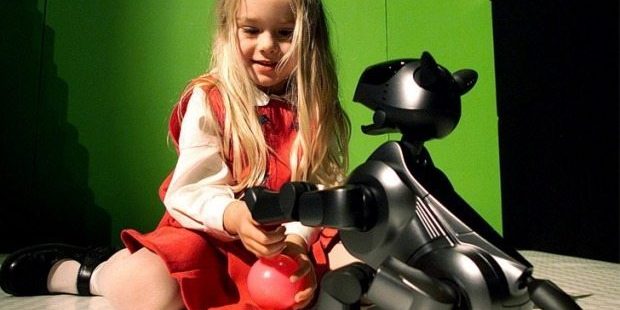 Cats and dogs could be replaced with the robotic kind in households worldwide by 2025, an Australian university professor predicts.

Dr Jean-Loup Rault from the University of Melbourne says growth in the world’s population will make real animals available only for the super-rich.

The future, he says, may lie in chips and circuits that mimic our furry four-legged friends.

“It might sound surreal for us to have robotic or virtual pets, but it could be totally normal for the next generation,” Dr Rault says.

He reveals his prediction in the latest edition of Frontiers in Veterinary Science journal.

“It’s not a question of centuries from now,” he says. “Pet robotics has come a long way from the Tamagotchi craze of the mid-90s.

“In Japan, people are becoming so attached to their robot dogs that they hold funerals for them when the circuits die.”

Dr Rault began researching to fill a void in information about how technology may influence the relationships between humans and animals in the future.

“You won’t find a lot of research on pet robotics out there, but if you Google robot dogs, there are countless patents,” he says.

“Everyone wants to get ahead of this thing because there is a market and it will take off in the next 10 to 15 years.”

If there was any evidence to support Rault’s prediction, Google has been on a buying frenzy in the past two years, snapping up robotics companies across the globe.

The Sony AIBO robotic pet dog, developed in 1999, is among the most recognisable commercialised robotic animals. However, Sony stopped making AIBO and several other products in 2006 in an effort to make the company more profitable.

Meanwhile, Paro, the robotic baby seal, is classified as a medical device in the USA. It is designed elicit positive responses from patients.

But the emergence of robotic pets is a double-edged sword, Dr Rault warns in his paper.

In his paper, Dr Rault asks whether a surge in the popularity of “disposable pets” could lead to a shift in the treatment of real animals.

“Of course we care about live animals, but if we become used to a robotic companion that doesn’t need food, water or exercise, perhaps it will change how humans care about other living beings,” he says.

The robotic dog’s creators repeatedly kicked it to demonstrate its stability. That, however, did not bode well with many social media users, who criticised the creators’ behaviour as “cruel” and “wrong”.

“If artificial pets can produce the same benefits we get from live pets, does that mean that our emotional bond with animals is really just an image that we project on to our pets?”