Dog Discrimination – Are you dogist? 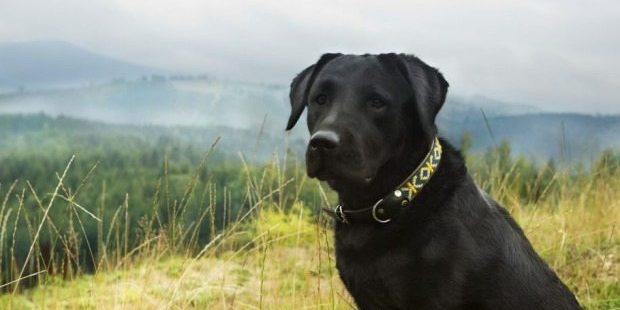 Washington: Just when you were hoping there were no new ways for people to be racist, it turns out many may be racist against dogs – black dogs. Black Dog Syndrome is the name shelter workers have given to the tendency of dark-furred pups to languish in kennels while their lighter-furred brethren get adopted.

“The effect is very real,” says Mirah Horowitz, executive director and founder of Lucky Dog Animal Rescue. “We recently had a litter of five very cute, very fluffy puppies, two yellow and three black. And the yellow ones all went immediately, but for the black ones it took weeks.”

Black dogs get euthanised at higher rates. They linger at pounds and adoption agencies for longer than light-colored dogs, and they are less likely to find a home. Marika Bell, director of behaviour and re-homing for the Humane Society of Washington, DC, says the organisation has been tracking animals that have stayed at their shelters the longest since March 2013. They found that three characteristics put a pet at risk of becoming one of these so-called “hidden gems”: medium size, an age of two to three years, and an ebony coat.

What kind of psychological quirk would prevent someone from adopting a dog based on fur colour?

Animal welfare experts believe the discrimination arises from a pack of factors. The mythology around black dogs is grim. (The Grim, from Harry Potter, is a “large, black, spectral dog that haunts churchyards” and augurs death.) A 2013 study by Penn State psychologists revealed that people find images of black dogs scarier than photos of yellow or brown dogs – respondents rated the dark-furred animals less adoptable, less friendly and more intimidating. And while the association between obsidian and evil is more explicit for cats, dogs have to contend with a culture, post-Samuel Johnson and Winston Churchill, that symbolises depression as a coal-colored hound.

It’s not all superstition, though. With the ascent of image-based sites like Petfinder and Petango, much of the adoption process takes place before you even arrive at the shelter. And glamour shots of black animals are harder to imbue with the requisite sparkle. “Their faces look less expressive, and their eyes get lost,” says Fred Levy, a photographer whose Black Dog Project attempts to give jet-hued canines the star treatment they deserve.

Because of the way the camera averages out exposure levels over the entire scene, Mr Levy explains, “often all you’ll see of the dog is a black silhouette and a big tongue”. He solves the problem by arranging his models against a charcoal background. And Horowitz has found that videos work better than photographs at capturing a dog’s lovable personality. But for adoption programs without video equipment or access to professional photographers, shots of black animals remain harder to sell than those of lighter-colored pets.

The drama of the black dog doesn’t get much easier once you arrive at the shelter. While bright white and yellow pooches catch people’s eye, Ms Horowitz tells me, darker-haired pups tend to get lost in a crate’s shadows. (For this reason, some rescue organisations now train inky dogs to sit in front of their kennels during visiting hours.) And though black may not be the most common canine colour, says Ms Bell, it is sometimes perceived as such, which means prospective owners looking to stand out from the crowd will sometimes disqualify a black dog.

Ms Bell has her own pet theory: “I think it comes down to facial expressions,” she tells me. “People attach to dogs when they can read their facial expressions, and on black dogs those are harder to make out. You can barely see their eyebrows, and it becomes harder to humanise them and connect on an emotional level.”

Other hypotheses floating around the trade: Would-be owners worry that a black dog will shed too noticeably on the furniture; black dogs get overheated more easily at adoption events and don’t introduce themselves; black dogs look older; black dogs strike people as boring. And one chow jowl-wrinkle that no one mentions: Studies suggest that people tend to choose pooches that bear some resemblance to them, whether that manifests in a lady with flowing tresses selecting a long-eared retriever or a saggy-faced man opting for a bulldog. Could the link between an owner’s and a dog’s appearance factor into the phenomenon? According to a Pew survey, 45 per cent of white people own a dog, compared to 20 per cent of black people. (Looking at presidential pets, Bo Obama is black, but then so was George W. Bush’s Miss Beazley.)

Some dismiss Black Dog Syndrome as an urban legend, noting a paucity of hard data supporting the effect. As a measure of how common raven-haired pups are, the Los Angeles Animal Services Department reported in 2008 that 27 per cent of the 30,046 dogs it had picked up in the previous 12 months had predominantly sable coats. That prevalence was mirrored in the year’s adoption statistics: 28 per cent of the animals that eventually found homes were also predominantly black.

And in a 2012 study, researchers asked volunteers to rank four hypothetical pooches – a big white poodle, a small white poodle, a big black poodle, and a small black poodle – on perceived friendliness and aggressiveness. They discovered that the imaginary white dogs were seen as significantly meaner and more combative than the imaginary black ones, perhaps due to stereotypes about yappy white lap-dog terrors. In any case, the study raised questions about whether what spooks us about black pups is their colour or the association between dark fur and several of dogdom’s more reputedly vicious breeds: rottweilers, dobermans and some pit bull mixes.

Whatever the precise mix of bias and bad luck, some white knights are riding to black dogs’ defence. Many shelters have discounts on dark-furred animals, and DC’s Lucky Dog Animal Rescue recently held a Back in Black Fashion Show, in which a select group of eight adoptable pooches flaunted their ebony coats.

“It’s just so irrational that people would think the colour of a dog’s fur has anything to do with its character,” says Mr Levy, the photographer.

“The effect is baffling,” says Ms Bell. “I just want to tell people sometimes, ‘This is an amazing dog. You’ve got to look at this dog.’ ”

How Eating Dog Became Big Business in Vietnam
May 13, 2015

Wolves Helped Us Outsmart Neanderthals
May 13, 2015

What About Me? The Pet Custody Battles
May 8, 2015
The Dog Blog
Dog Natural Health Store
Go to Top